What is The Session? The Session, a.k.a. Beer Blogging Friday, is an opportunity once a month for beer bloggers from around the world to get together and write from their own unique perspective on a single topic. Each month, a different beer blogger hosts the Session, chooses a topic and creates a round-up listing all of the participants, along with a short pithy critique of each entry. Over time, it is the hope — of me, at least — that a record will be created with much useful information about various topics on the subject of beer. The idea for the Sessions began with fellow beer writer Stan Hieronymus, who noticed similar group endeavors in other blogospheres and suggested those of us in the beer world create our own project. Here is Stan’s original thought process to start up the Session.

I have an intense dislike for beer reviews. 'Hate' is a strong word for me.

Why? Because what's the point. I didn't misuse punctuation there, that was not a question. It was an exasperated exhalation of words onto the page.

Some bozo who you couldn't care less about is passing comment on beers that you do.

I like reviews on beers from people whose opinions I value and respect. These people do not do beer reviews.

It's just not for me.

What's that you say? Isn't part of your website dedicated to beer reviews? Well you've come out swinging from the beginning, but you've gotten ahead of yourself. Mine aren't reviews really, they're more of a celebration of beers that I was enjoying at the time. There were no negative pieces. If I didn't like a beer it sure as hell wasn't going to be worth keyboard time from me.

It's so ball achingly boring, too. Everything is basically the same. This colour, this aroma, this flavour. ABV. IBU. SRM.

It's a little bit like AFL press conferences (yes, my other current pet hate).

As the coach is sitting down to the microphone you pretty much know exactly what he's going to say already.

Anyway, that's neither here nor there. Let's get back on topic.

This is probably the only format that could have roused any interest in the reviewing of beer for me, and that's because reviewing is banned.

If I may, I'll reiterate the guidelines for this particular Session;


"So for my turn hosting The Session, I ask all of you to review a beer. Any beer. Of your choosing even! There’s a catch though, just one eentsy, tiny rule that you have to adhere to: you cannot review the beer.
I know it sounds like the yeast finally got to my brain, but hear me out: I mean that you can’t write about SRM color, or mouthfeel, or head retention. Absolutely no discussion of malt backbones or hop profiles allowed. Lacing and aroma descriptions are right out. Don’t even think about rating the beer out of ten possible points.
But, to balance that, you can literally do anything else you want. I mean it. Go beernuts. Uncap your muse and let the beer guide your creativity."

I have been thinking about this very topic, since a good friend of mine was enthusing about how perfume guru Luca Turin describes various aromas and fragrances with these complicated, yet removed, vivid and florid descriptions that were indirect but somehow imparted the characteristics of the smell with precise accuracy.

If Turin can do it with perfumes and colognes, why can't the very same methodology be applied to beer?

This is the reason why I have dusted off ye olde keyboard for The Session.

Without further ado, I will begin some ridiculous wordification to attempt this challenge.

You're 5500m above sea level. To achieve your goal there is a further 800m to scale. When you forecast conditions and planned for the many challenges that climbing the Andes might present, you had no idea of the mental demons that would be present, taunting you at every stage since you got to the 5000m mark. What line were you on? You'd set markers at regular intervals all the way up to keep track but when you look down you don't see a thing. Actually, when you look down it feels like you're moving away from the surface of the mountain, so let's not do that too much. Not coping well, this can be deadly. A short climb up and you'll find an ice ledge just big enough for a brief rest.

Like highway hypnosis, you have reached the ledge but have no recollection of how you got there. Some nutrients are absolutely essential so you hurriedly fossick through your backpack to find that you only possess two more items. They are the two most valuable items that you have been carrying, and now it is time for their utilisation.

With the one free hand you pull out a Mornington Peninsula Imperial Stout. You reach in again and extract a bulbous brandy balloon. The backpack in now useless. You feel it will be therapeutic to watch something you've lugged 5km up a mountain tumble down the side of the cliff face into the  abyss, but when you let go it disappears instantly due to the near nonexistent visibility.

The hissing of the bottle opening gives you a reassuring shiver down your spine, and even though you can see nothing else, your entire focus is consumed by the glass that now holds more warmth than anything you'd experienced since you'd begun scaling.

An emotion stirs from deep within you as you're transported back to your grandmother's farming property they owned when you were a young child, and when you smelled the chocolate brownies she made you always wanted to take one fresh out of the oven. “Wait until they've cooled down!” she'd say, but why? They were so moist and delicious that there was still melty chocolate in the centre of them when they were hot out of the oven. She always told you to wait, but she always gave you a piping hot sample, you know, just so you could test them and make sure they weren't terrible.

Reality check. No, you're not eating one too many brownies. You're precariously perched on a ledge made of frozen water and you have no supplies once that glass is empty. This is it. And my god it is cold.

The cold seems like it was so long ago though, because as this beer caresses your tongue it is a loving, caring, parental hug of warmth so reassuring that you reassess the task of climbing the remaining distance to the top as a medial task, purely a means to an end with the overall goal eclipsed by this revelation that reaching the summit means you can return to your loved ones.

Even after this much effort has been expended, this much physical and mental trauma has been imparted on this body, the pure warming joy of reacquainting with your loved ones at sea level is more than the required stimulant and nutrition to get you through to the end.

Sooo.... anyway. That's what it's like drinking an Imperial Stout from the Mornington Peninsula Brewery.

Oh also, it will help if you read those words via the voice of this man. 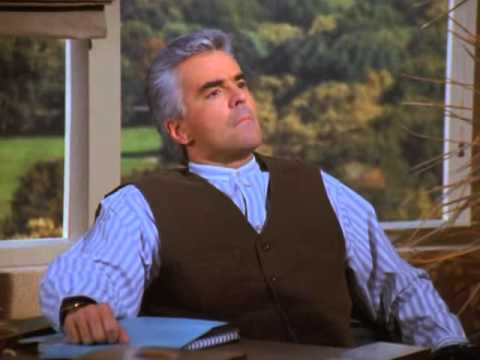 Please be kind. I'm in a fragile place after writing that.*